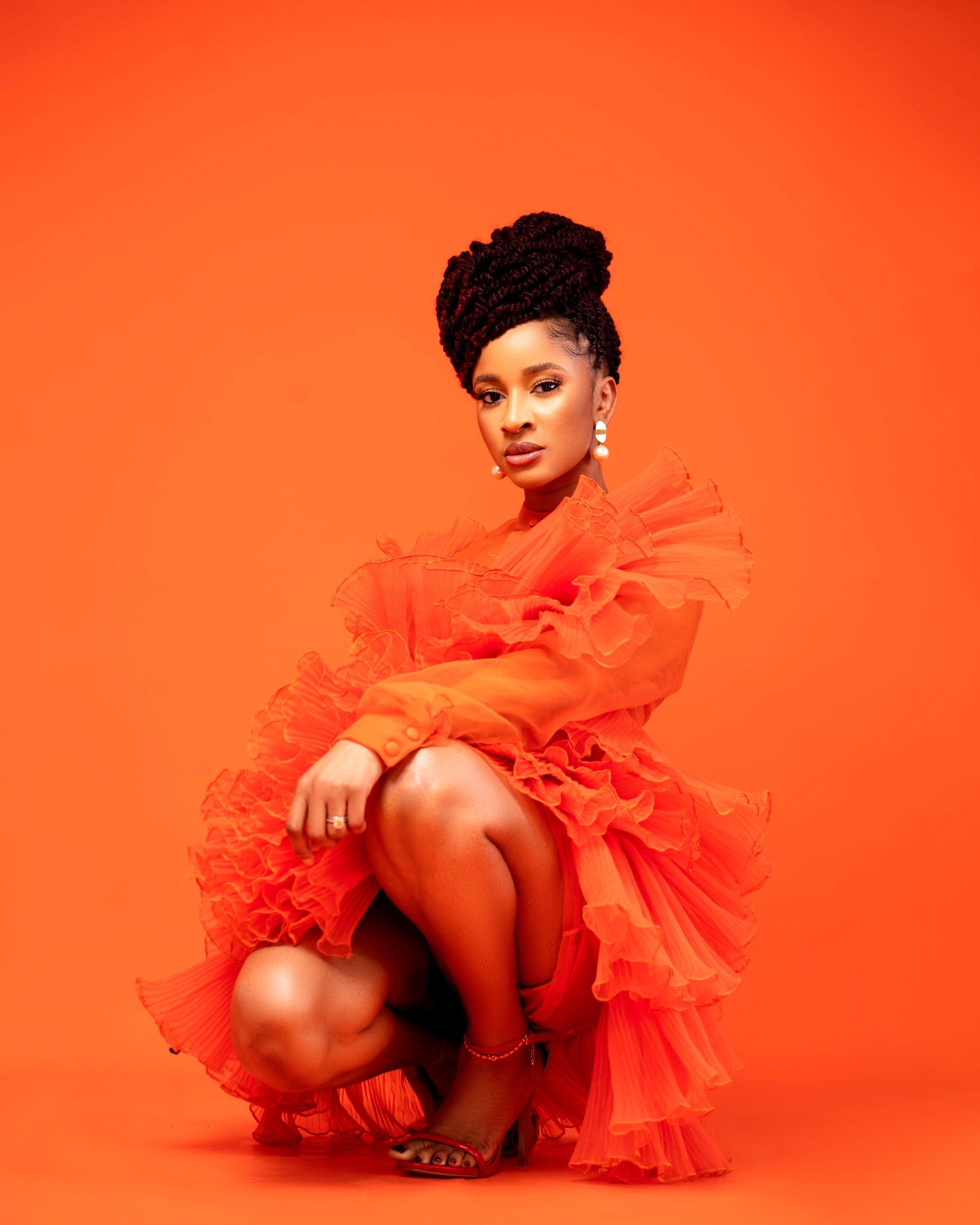 Adesua Etomi is an indigenous Nigerian actress best known for award-winning. She has been active in the all round Nollywood world since 2012.

In this article, we shall discuss in details everything you should know about the popular Nigerian celebrity called Adesua Etomi.

We shall reveal to you Adesua Etomi’s Biography, Age, Husband, movies, her career and many more in this short article. In light of this, I enjoin you to read this article assiduously while I take the lead.

Tolulope Adesua Etomi was born on the 22nd of February 1986 in Owerri, Imo state Eastern part of Nigeria. Several sources publish her birth year to be 1988 or 1986 based on calculation according to an interview published in January 2016 where Etomi Adesuwa told Pulse Nigeria that she was 26 years old.

Her father is a soldier of Esan descent while her mother is an engineer of Yoruba descent. Etomi Attended Corona School in victoria island, Lagos where she joined drama at age seven (7). Also she is the youngest of the three siblings.

Etomi had some schooling in Nigeria before moving to the United Kingdom at age 13. First, she acquired primary education at Corona School in VI, Lagos where she was a member of the school’s drama club. Afterward, she got enrolled in Queen’s College, Lagos for her secondary education.

Etomi completed the rest of her education in the UK where she acquired a diploma in physical theatre, musical theatre and performing arts from City College Coventry, England in 2004. With triple distinctions to her credit, she capped it all with first-class honors in drama and performance from the University of Wolverhampton.

Adesua Etomi started building a career in the entertainment industry since 2012. She played few minor roles until her big break came in 2014 with a major role in the Emem Isong produced romantic drama, Knocking On Heaven’s Door. Since that year to the present one, Etomi has played leading roles in films and television series such as:

Etomi won the 2016 Africa Magic Viewers Choice Award for Best Actress In A Drama after her excellent role in the Uduak Isong produced a romantic film, Falling. She has also been nominated and won other prestigious awards including,

Adesua Etomi’s husband is a famous & well known Nigerian singer, songwriter and rapper whom is Banky W. They got engaged in February 2017 and got married in the month of November 2017. Adesua Etomi and Banky W had their traditional wedding ceremony on the 19th of November 2017 at the Landmark Event Centre in Lagos with their families and a lot of their friends from the music industry also in attendance.

Followed by a private court marriage on the 20th of November 2017. And crowned their wedding celebration with a destination white wedding ceremony which took place in Cape Town, South Africa.

Adesua Etomi’s net worth as of today is estimated at $500,000. She is one of the most influential actresses in Nigeria.

2. Etomi’s age is something of a miss-match from the start. This means that only her birthday and month is certain but not her year of birth.

Nevertheless, during an interview with Pulse Nigeria in January 2016, the actress mentioned she was 29 years old. Since her birthday is February 22, she turned 30 that year [2016], thus we come to the conclusion that the Nollywood star was born in the year 1986.

3. Adesua Etomi’s mom, Eniiwaju Etomi is not only a civil engineer, she’s a Redeemed Christian Church of God Pastor in Coventry, UK.

4. Her dad (name unknown) is a soldier and was not present at her White Wedding in Cape Town, South Africa, leaving her older brother, Tosin the task of walking his younger sibling down the aisle to join her groom.

5. Like most brides, Etomi shed tears of joy as she headed down the aisle and it couldn’t have been cuter!.