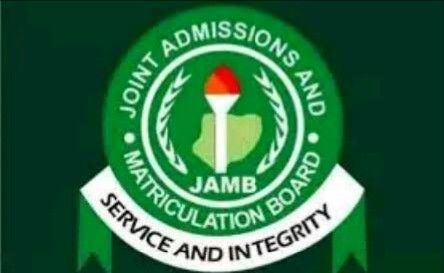 “I have been offered admission on the school portal/website but Jamb CAPS portal says that I have not been admitted yet.“, Admitted On School Website But Not Admitted On JAMB CAPS Portal?

Many candidates are currently having this issue at the moment. They have been offered admission by their schools of choices but yet their admission status on JAMB CAPS still shows “NOT ADMITTED”. If you have been offered admission on a school’s website or portal but you are yet to be admitted on JAMB CAPS portal, then this article is here to answer your questions and clear all your doubts. On this note, I enjoin you to read painstakingly while I take the lead.

Also See; Meaning Of Admission In Progress, Recommended, Sorry No Admission Given Yet & Other Jamb Caps FAQs

So we advise all candidates who are yet to be admitted on JAMB CAPS Portal even after their school of choice has offered them admission to immediately proceed to any accredited JAMB CBT centre or JAMB Office to upload their O’level results on JAMB Portal.

After re-uploading your results, you are advised to check JAMB CAPS again after 3 days or 1 week to see if your admission status has changed to “ADMITTED”.

For detailed procedure on how to check your admission status on JAMB Portal, check this link: JAMB CAPS Portal 2020 Activated: Check Your Admission Status.

JAMB Admission and School Admission Which Is More Important?

Both Admission are Equally Important, If you were admitted by JAMB then it will certainly reflect on your School Admission portal and vice versa.

Both Parastatal work together to ensure that admission is given by merit, for Student who may find their names on JAMB CAPs only but not on their School list, you can accept you admission and hope for the best.

For those who may find themselves in the reverse situation, (i.e, finding your name on your schools Admission list but not on JAMB CAPs), probably JAMB is yet to upload you name on CAPs , just keep checking you JAMB CAPs profile.

the real meaning of it. Thanks. Indeed you are bringing out the potentials in others

Answer: Congratulations! you have officially been offered admission. You have already accepted, that is why the buttons are now blank. Gather you things and school fees.

Questions 12: What does admission in progress mean in Jamb cpas.

Answer: As the name implies, admission in progress means that you are being considered for admission. It will change to Congratulations, you have been offered admission.

Questions 13: What should i do after i have accepted my admission

Answer: Wait for your school to announce registration or clearance date. Follow your school of choice clearance instructions and boom, welcome to 100 level.

Differences in JAMB, School and Post UTME Cut Off Marks