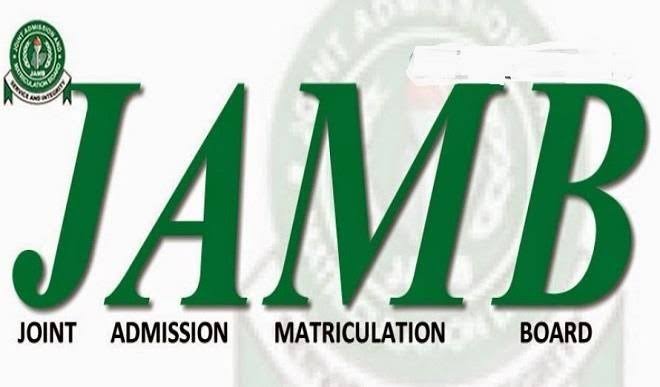 The 2021 JAMB recommended Novel is “Sweet Sixteen” and it will be wise for candidates that will be taking the JAMB UTME examination to start preparing to enable them to pass the examination. In light of this, one first step after having the UTME syllabus, JAMB past questions, and recommended textbooks is to study and memorize the JAMB novel summary.

The book “Sweet Sixteen” was written by Bolaji Abdullahi which contains about 150 pages and takes not greater than 1 week and 3 days to be fully completed, if you read at least 20 pages daily.

We read; In Bolaji Abdullahi’s Sweet Sixteen, the protagonist, 16-year-old Aliya, whom her father refers to adoringly as ‘My First Lady,’ bombards her father with questions, some of which threw her journalist father off balance.

”˜’Okay Daddy, what does HAK and KOTL mean? ”Aliya asked. And when the father expressed his ignorance of the acronyms, Aliya gleefully supplied them; ”˜’HAK means ”˜Hugs and Kisses’ while KOTL means ”˜Kiss On The Lips’.

And when she added that some students were caught on the school’s basketball court at night having ”˜’53X’ (s3x), Mr. Bello almost fainted. ”˜’But”¦how do you know all these?,” he asked almost in consternation, to which Aliya replied: ”˜’Come on Daddy, everybody knows these things.”

In this section, I will only brief the summary of the JAMB recommended Novel 2021 sweet sixteen. To be able to access the full summary click on the link above and download the PDF format. Continue Reading.

CHAPTER ONE – THE LETTER

Aliya has to persist in telling her father that she is not a child, but a young adult. She has been also attracted to adult issues. Aliya feels annoyed when she is referred to as a child. She believes she is an adult trapped in a child’s body. Her father set up to notice it when she turned sixteen.

Aliya’s mother was a nurse. Her father has several jobs. At the time she was born, he was a journalist. When she was in primary school, he was working in a Public Relations Agency. After he then went to work for an international organization that helps poor people in Africa.

In the letter that her father wrote to her when she was 16. he recalled an interesting outing they had some years back. She was 12 at that time. She just returned home for the holiday after her JSS1. Even though they had several such outings since then, She can’t forget this particular outing. Her father asked her if she wanted to go on a drive with him. ”Of course,” she said dropping her earphone and jump up from the bed. She was happy because to her she stays under a tall fence that made their house look like a prison.

On the traffic they met two girls about her age scurried between vehicles and tired to sell oranges and cooked groundnuts. She told her father she actually envy those girls,”. Her asked her which girls, she said the once sell at the traffic. She guess they must having fun and freedom to go anywhere and meet different people. The father said he don’t no if they were having fun. But I know they would not mind trading places with you right now. But if you had to stand in the sun for hours to sell at the end will fetch little money.

It was Saturday after morning prays. She went down to the kitchen to make tea. Because her mum liked to boast that she is the only one that can make her husband tea. Dad took a sip and said it was good. Bet mum took a look at the tea and said that couldn’t be true, that he only said it to make me feel good. She found out her mum was right. She never gave up. But all her attempts ended the same way.

If the milk was not too much, the sugar would be too much or little. She asked her mum to teach her. Mum laughed and asked me to pay her for the coaching, because she took a great risk to loose her husband to her if she teach her. I Told mum I will ask dad to pay her. Mum said,” that one? He has Araldite in his hands. He won’t pay. Later she taught me her magic on how she makes dad tea.

Aliya’s family travels a lot. And coming back, they bring back a mementos(an object kept as a reminder of a person or event).

Some of that memento is a young Arab boy riding a camel, a statue of a Maasai couple from Nairobi, the Eiffel Tower from Paris, IJAMBulo, the lion cub from South-Africa, two hand-painted ostrich eggshells from Tanzania, the Tower Bridge, and the bright -red television booth from London, the statue of liberty from New York, the pyramid and the sphinx from Egypt, a crystal Burj Khalifa in Dubai, which is the tallest building in the world, and several other items.

Aliya and her mum had their own mementos.

Her mum has decorated plates from China, while: Aliya has a camel with jingle bells that she brought from Dubai. All these are contained in a huge mahogany cabinet decorated with glass doors. Two bright orange sofas and two green single chairs made up the living room.

Her father was a devout fan of Chelsea. One evidence of his devotion was the fact that all the bibs that she used as a baby were branded with the club’s logo(Chelsea), and almost all her first belongings on earth were blue and bore the club’s logo. She often jokes that she was surprised he didn’t name her Chelsea. They all pray that Chelsea wins so that her father remains in good mood. She recalled on one occasion, he actually refused to eat because they lost a match. Aliya prayed that Chelsea wins the match, so she can ask her father the question she has waited to ask. About her dating now she has turned 18.

Chelsea won. Bet they couldn’t continue their conversation because her Dad was going out. She slept off without knowing when her Dad arrived. She tried to stay awake by reading the books her Dad gave her in the morning, The prophet. Bet she was never a night person. Once the sun is down, her brain also shut down. During exams her friends read in the night, bet she tried it once but it was a total waste of time. Since she realized it, she saw her time reading during the day to free herself for a good night’s sleep.

She woked up and found out that the sun has raised. Her father normally get angry if he found out she didn’t say her morning prayers on time. After her prayer,she sliped into the slippers that Auntie Molara gave her.

After Aliya’s mum went to the salon. She was still wondering if what the black man did was possible. She asked her Dad if what the black man did was possible? Yes. He explained more, I told you that story because I want you to understand that we can actually influence and change someone by reacting significantly in a different way. She wondered how she could be nice to those that said nasty things about her. How will I be friends with that teacher that humiliated her or idiot Bunmi, who has made it her life mission to always pick on her?

Aliya told her Dad how she tried to answer questions in the biology class, the teacher pointed at me and said you, Fatima. I taught he has mistaken me with a girl. I tried correcting him, then he will be like! Oh, you are not Fatima, maybe you are latiFAT then? Which he put baby stress on the last syllable.

In writing Sweet Sixteen, Bolaji Abdullahi, a former Nigerian Minister of Youths and Sports, among other previous jobs, must have critically weighed the above positions before taking on a smorgasbord of young adult topics that ranged from bullying, dating, stereotype, ethics, and s3x education, among others.

In pushing out his themes, the author finds a good ally in Aliya Bello, a teenager with a curious, fascinating and inquisitive mind and a devoted as well as a responsible father.

Mr Bello, as expected of any good father, took responsibility for the education of his daughter, including the tricky but very important aspect of s3x education.

Aliya is, therefore, fortunate to have a father who does not leave her to struggle alone with the demons that usually torment teenagers when awash in a flood of hormones and the pull of peer pressure.

The result is a compelling tale, loaded with morality and textured with a rich lyrical prose and young adult lingo”¦story-story, my bestie, OMG among others.

The storyline has an upper-middle-class flavour with luxuriant meals, leisurely Saturday drives and a Mrs Bello, the nurse, often distant from father and daughter.

But in the hinterland between fact and fiction, the author is able to deftly sift the core values from the emotion, the treat from the trick, and for this, parents and guardians will forever be grateful.

How To Answer JAMB CBT Questions With Computer

How To Check JAMB Caps MarketPlace For Provisional Admission