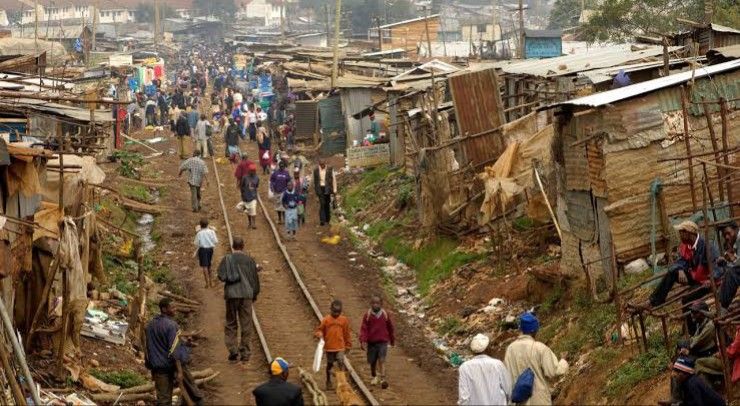 Nigeria generally is among the top and most Populated counties in the world with 36 high population states. She has different tribes and people of similar look and of no doubt its the most populated black nation on earth, no wonder she is called the “Giant of Africa”.

Which state is the most Populated in Nigeria was what I heard from four students arguing while I walk past a market not far from my hostel.

Our mind has been hypnotized to believe only some certain states in Nigeria has the most population. Some even believed that Lagos State and Kano State already took the 70% of Nigeria’s population.

Most Populated States In Nigeria (2021)

Below is the updated list of the most Populated cities in Nigeria and their figures this 2021.

Above are the current top ten most populated cities in Nigeria this 2021. I won’t be stopping here.

Continue reading to know about these cities, what causes the increase in their population and what attracts people to move to these states.

If you’re ready take a fresh breath and join me as I take the lead!

Lagos state government in 2012, recorded the population in Lagos state to be 17.5 million. This urban city has the highest internal generated revenue in the country, which can be seen in its GDP.

Based on recent data collated from survey by the UN, Lagos state, currently has an aggregate population of 21 million people, and has become the most populous city in west Africa.

Kano state is currently the second most populated state in the country. The 2006 data has the population of Kano to be 9,383,682.

However, recent estimates has it that the population of the commercial state has increased by about 3 million.

This is the 3rd most populated state in Nigeria. This was her position in 2006. Ibadan, the capital of Oyo is the largest city in west Africa.

During independence in 1960, Oyo state was the most populated state in Nigeria. Figures from the government have it that the current population in the state is 6.6million

Meanwhile the UN estimates in 2016 has it that the state has a population of 15 million people.

Kaduna state is best known for harbouring key institutions in the country – The Nigerian defence academy(NDA), Ahmadu Bello university Zaria, Federal polytechnic Kaduna and others. It is the 4th state with the highest population in Nigeria.

Kaduna state is dominated by the Hausa and Fulani ethnic groups, but there are over 50 other ethnic groups in the state. Figures from the last census have it that the population of Kaduna state was 6,066,562.

Meanwhile, recent surveys by the united nations have it that the state has a population of roughly 12,000,000.

Rivers state is the treasure base of the nation. It is oil rich and the base of almost all the multinational oil companies in the country.

Port Harcourt is the capital and the most populated city in the state. A population of 5,185,400 was recorded for Rivers state in 2006.

The population has increased significantly. Recent researches have it that the state has a population of about 11 million people. Rivers state is one of the richest states in Nigeria 2021.

This North western state was created in the year 1988 during Gen. Ibrahim Babangida’s regime. They were part of the old Kaduna state before.

Apart from being one of the most populated states in the country, two of the last 3 Nigerian presidents hail from Katsina state – Late Yar’adua and President Buhari.

Katsina is the 6th most populated Nigerian. They have roughly 10 million people in the state. Katsina state is a core Muslim state.

Bauchi state ranks among the highest in terms of population. The state is known to be very poor. Its capital is situated in Bauchi.

Population of 4,653,066 was recorded from the 2006 census. Recent survey counts has it that the population of the state has risen to about 9 million.

Anambra state located in the south-eastern part of the country is widely known for the high volume of commercial activities. Onitsha and Nnewi are the two most busiest cities in the state.

The state is dominated by the Igbo ethnic group and is known to produce prominent movie stars and politicians.

Their population in 2006 stood at 4,055,048. Recent figures have it that their population is about 8.3 million which makes Anambra the most populated state in South Eastern Nigeria.

Jigawa state is currently the 9th most populous state in the country. The state is dominated by Hausa and Fulani ethnic groups.

Benue state is the number ten on the list of the most Populated cities we have in Nigeria, even knowing to that it shares a common boundary with Cross River state, Enugu, Ebonyi and Adamawa states. They are highly affected by the Fulani herdsmen invasion lately.

Benue is known for having many food items. They rank 10th on the population list of states in the country with a population of about 7.8 million people according to the latest population carried out.

Yeah! those are the most populated states in Nigeria this 2021. Trust me; they are the researched cities with the highest resources and population. Accordingly, if you wish to explore or go for a vacation in any of these states, do not hesitate to do so. They’re amazing and fun to be cities.

Meanwhile, if you have any question or contribution to make on the most Populated states mentioned in this article, kindly send it using the comment section below. I will be glad to hear from you!

Effects Of Political Apathy In Nigeria

How To Retrieve / Recover Lost Voters Card (PVC) In Nigeria