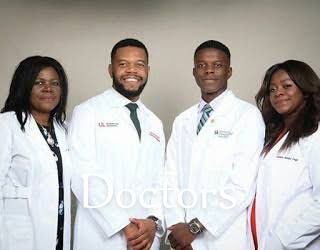 Medicine is one of the most challenging, demanding and complicated professions in the world. With advancements in technology and the prevalence of many unique diseases and ailments, doctors have a lot on their minds. You expect a lot from your doctor. In short, he or she is entrusted with your life and well being and often that of your family members as well. Outside of your family and close friends, there should be nobody you trust more than your primary physician.

If you’re still looking for a doctor and may not be completely sure what it is exactly that you’re looking for, or what qualities in the person and the professional you should be looking for, it’s important to realize how many different aspects of good, effective medicine there are. with that been duly noted, let’s look at the richest doctors in Nigeria.

Dr Orjiakor was born in October 1960. he received his medical training at the Lagos state University teaching hospital(LUTH), Lagos as a general surgeon. In 1985, he bagged an M.B.B.Ch. degree from the College of Medical
Sciences, University of Calabar. His speciality is mostly in orthopaedic and trauma surgery. In 1996,  later on, he was inducted into the West African College of Surgeons (WACS).

Doctor ABC Orjiakor at some point in his career, ventured into private business. He has investments in various
sectors of the economy. Ranging from Pharmaceuticals, Oil and Gas Industry, shipping and even banking.   ABC Orjiako is the current chairman and co-founder of Seplat Petroleum. Seplat Petroleum is an oil company where he has both direct and indirect holdings of up to 47,251,325 shares valued at ₦31.4 billion.

ABC Orjiakor has not run for any office in Nigeria. He is a total philanthropist with a foundation that has helped so many young people to achieve their dreams. he is happily married with children. according to Forbes, he has a net worth of 1.2 billion dollars.

Dr Godwin Maduka has contributed immensely to the growth and development of the health industry. Although he is based in the United States of A America, he has earned himself a lot of domestic reputation. he constructed the largest medical research centre in West Africa. the research centre is located in his hometown in umuchukwu. The purpose of this research facility is to help in the advancement of research that can help Africa develop in the frontiers of health. he has also invested over $20 million in building hospitals, churches, hotels, schools etc.  Dr Godwin Maduka has five children and is married to Stella Maduka, who is his wife. he is valued at around  500 billion nairas.

A lot of you might be surprised to see this political magnet on the hotlist, but yap !!! he is a practising Doctor and a very rich one! Dr. Bukola Saraki was born in London on December 19, 1962 to a wealthy family Saraki family. In fact, his journey into politics isn’t surprising as his father, Olusola Saraki was also a former governor of Kwara state and a senator too. His secondary school education was at Corona College and King’s College in Lagos. After which he attended the Cheltenham College in the United Kingdom where he obtained his high school certificate.

Bukola Saraki furthered his education by studying Medicine and Surgery at London Hospital Medical College of the University of London from 1982 to 1987. It was at this school he obtained his Bachelor of Medicine, Bachelor of Surgery (MBBS). One thing about Saraki is that he takes health seriously.

When he was elected executive governor of Kwara State, Olubukola Saraki started a health programme to help reduce child mortality rate from malaria. His administration provided and distributed insecticide-treated nets and malaria drugs for free to pregnant mothers and their children. Also, several hospitals were built, including training of medical staff and health workers, employment of medical doctors certified by international health agencies. according to forces, Dr Olubukola Saraki is valued at $100 million dollars.

Dr Chris Nwabueze Ngige is a Nigerian former governor, senator and present Minister of Labour and Employment.
He is a medical doctor by profession and graduated from the University of Nigeria-Nsukka in the year 1979. Dr. Chris Ngige is a top Nigerian politician and medical doctor. He is estimated to be net worth above $40 million.

Dr Chris Ngige is Nigeria’s current Minister of Labour and Employment under the Buhari’s administration. By profession, he is also a medical doctor and one-time former senator and governor of Anambra state. He was born on 8th August, 1952 and has a lot of experience in the medical field before entering politics.

Paul Idoko Enenche is a Nigerian pastor, trained Medical doctor, Christian author, Televangelist and Musician born on June 4, 1968. Paul Enenche is well known as the founder and Senior Pastor of Dunamis International Gospel Centre with its headquarters in Abuja, Nigeria. He is endowed with the double edge gift of scientific knowledge as a medical doctor and the anointing of God to heal, save and deliver. As the set man of the house, he brings hope to the hopeless and gives them a reason to fulfill destiny. Eneche is one of the most sought after speaker by government and organizations, having a passion for the youths. Dr Paul has been able to impact positively into many lives through his messages and undiluted word of truth.

Pastor Paul Enenche is one of the richest Pastor in Nigeria with an estimated net worth of $25 million.

Reasons for the Adoption of Federalism in Nigeria