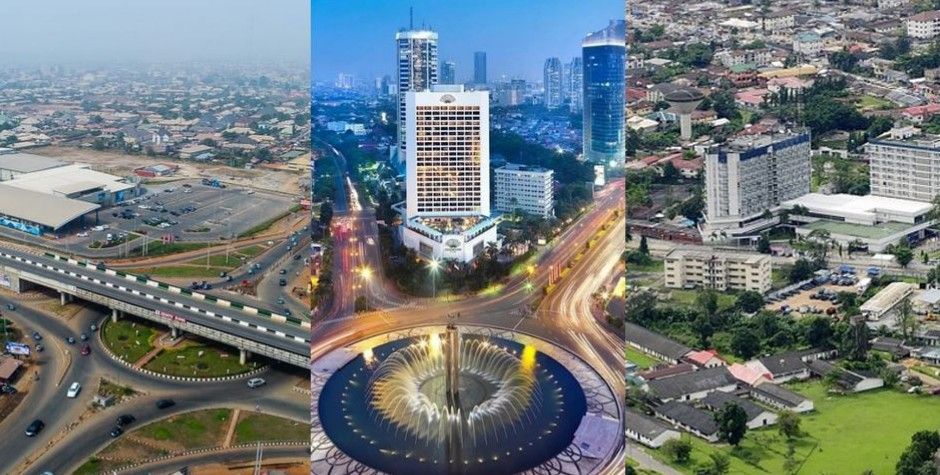 Richest States In Nigeria – Nigeria is known to be an independent country with 36 states blessed with numerous natural resources.

Even though crude oil has been the main source of the country riches, there are some of these wealthy states that produce them.

In this article, I will elucidate on the top 10 richest states in Nigeria according to IGR (Internally Generated Revenue). But before then, it is evident you note that this article is not my own idea but a national fact as described by IGR.

One thing I love about these states is the fact that they can survive on their own without the help of the federal government or banks, Because the source of their wealth comes from various sectors like tourism, agriculture, sports and many more.

Without much further ado, I’ll quickly jump the listing of the Richest States In Nigeria this 2021 and am sure after reading this article, you’ll not ask which state is the Richest in Nigeria anymore.

Below are the list of the richest states in Nigeria based on resources owned and innovation of the states internationally.

Yeah!, These are the list of the top ten (10) Richest States in Nigeria currently. However, I won’t just be stopping here, am sure you’ll also want to find out what makes this States Rich and how they make their individual wealth apart from the portion given to them by Federal Government.

So if you really want to know more about the Top Ten(10) Richest States in Nigeria, I enjoin you to continue reading this article as they are lot of things to be discussed.

With a GDP totaling $33.6 billion and per capita of $4,333, Lagos state occupies the position as the fifth largest economic centre in Africa at the moment. Even if the National Population Commission rates this state as the second most populous in the country, to many it remains the highest.

Lagos houses many headquarters and organizations. The state relies heavily on taxes. No wonder, its slogan is the centre of excellence but its still one of the smallest states in the country in terms of land mass. The size of Lagos is 3.577 square kilometers.

Not only does Lagos state stand as the richest state in Nigeria, it is also the most developed state in the country boasting of the top infrastructural facilities to validate its claim as a mega city.

Although, it is located in the southwestern geo-political zone of the country, Lagos state was once the capital of Nigeria and its the hub of business for most citizens.

Lagos has a small land mass but still remains the most populous Nigerian State with an estimated population of 18 million inhabitants and is seen as the major centre for commercial activities.

Lagos is one of the few states that can stand on its own without the Federal government allocation as she can survive with her Internally Generated Revenue (IGR).

Rivers occupies the position as the second richest state in the country, generating an IGR of over N80 billion in 2016 as seen in a report. According to Wikipedia, the source of wealth of rivers state is crude oil and natural gas. In fact, over 50% of crude oil produced in Nigeria comes from this wealthy state.

Rivers state boost a GDP of $21 billion with $3,965 per capita. Since it is one of the major oil producing states in the federation, many oil and gas firms such as NNPC, Shell, Total etc are situated in its capital city, Port Harcourt. The land mass size of rivers state is approximately 11.077 square kilometers and the population is estimated at 5.2 million people.

Delta State is also another wealthy oil producing state that accounts for Nigeria’s sustainability on crude oil. With an internally generated revenue of N40.8 billion, Delta state is ranked the third richest state in Nigeria 2020.

Apart from being on of the largest depositor of Natural gas and oil in the country, other mineral resources found in delta includes decorative rocks, limestone, tar kaolin, sand, industrial clay, lignite and silica.

According to the IGR report, the GDP of Delta state stands at $16.75 billion with a per capita of $3,990. It is also one of the Niger-delta states located at the southern Geo-political area of Nigeria. Population as taken from the last census of the state is estimated at 4 million people living at Delta state in a territory of 17.698 square kilometers.

Ogun state is also one of the richest states based on IGR. You might be surprised but it would shock you to know that the state generated an estimated N34.59 billion in 2016 with a current GDP of $10.47 billion plus a per capita of $2,744.

Ogun State has over 4 million residents and a land area of 16.980 square kilometres and it is located in the south western area of Nigeria just like Lagos. It is also a Yoruba speaking state.

You can find top manufacturing companies and plants in Ogun state such as Dangote Cement in Ibese, Procter and Gamble in Agbara, Lafarage Cement in Ewekoro, and Coleman Cables in Arepo.

Edo state is also ranked the fifth richest state in Nigeria in terms of IGR. It generated up to N19.11 billion in 2016 with a GDP of $11.88 billion and per capita of $3.623. The source of wealth of this state is tourism. You can find tourist attractions like Emotan Statue in Benin City, the River Niger Beach and the Ise Lake in Aghenebode in Edo state.

Edo state is also one of the oil producing states in the country located in the southern area of Nigeria. The state is rich in terms of culture and tradition. Edo states also has over 3 million people living within itself in terms of its population and covers a territory over 17.802 square kilometers.

Carved out from Anambra state in the year 1991, Enugu is the richest Igbo state in Nigeria currently. It generated about N18 billion as seen in the IGR report.

The major language of this state is Igbo and it is located in the Southeastern area of the country. The GDP of Enugu state is $4.3 billion currently.

This is also a Yoruba speaking state with a population of about 12 million people in a territory that covers a land area of 28.454 square kilometers. Agriculture has also being one of the major source of wealth for Oyo state and its people. No wonder most of the working class populace are farmers.

Some of the agricultural produce from this state include: cashew, cocoa, palm oil, plantains, cassava, yam, rice, millet and maize. Most of these products are exported to other countries internationally.

Formerly the wealthiest state in the southeast region of Nigeria, Anambra state houses most of the richest Igbo people in the country. These men are billionaires, millionaires and have been dully ranked by Forbes.

Anambra state generated N14.79 billion in 2016 making it the 8th richest state in the country in terms of IGR.

Akwa Ibom State is another wealthy state in the country. It is also listed among the oil producing states located in the southern part of Nigeria. It generated N14.79 billion as IGR in 2016 with a GDP of $11.17 billion and per capita of $2,779.

Located in the southern part of Nigeria, Akwa Ibom state has a territory of 7.081 square kilometers with a total population of 5.5 million people of various ethnic groups such as Ibibio, Oron, Annang, Eket and Obolo respectively.

Kano State was rated the most populated state in Nigeria as of 2016 as opposed to Lagos by the Nigerian Bureau of Statistics. This is the only North western state in Nigeria that is ranked as the 10th richest state in the country.

If you have seen few states that are poor, then the states mentioned above is enough to make you believe that not all States in Nigeria are poor. For those who want to travel to any of the states in Nigeria; go ahead am assuring you would enjoy your stay here in Nigeria go.

Don’t allow speculations blindfold you. Meanwhile, it is important to note that the states mentioned here were not just fabricated from thin air. This information was gotten from authentic and reliable sources.